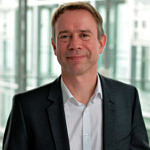 Between 2001 and 2003 he taught German, European and international law as DAAD Lecturer for German Law at King’s College London. In 2003 he moved to the University of Potsdam as Assistant Professor for Public, European and International Economic Law. Between 2008 and 2010 he was on leave from Potsdam to serve as a Guest Professor at the Collaborative Research Centre Transformations of the State at the University of Bremen.

Since 2010 he is University Professor at the University of Erlangen-Nürnberg and holds the Chair in Public Law and Public International Law. Prof. Krajewski is one of the programme directors of the MA in Human Rights and chairperson of the Interdisciplinary Research Centre for Human Rights Erlangen-Nürnberg (CHREN). He also chairs the Board of Trustees of the German Institute for Human Rights and is Secretary-General of the German Branch of the International Law Association.